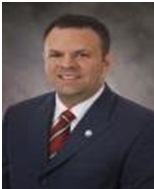 As I think about the testimony Paul shared with King Agrippa in the book of Acts, Chapter 26, I can’t help but to recall a less dramatic yet similar experience in my own life. Several years ago, my two daughters and I, along with my mother and father, vacationed a few days in Panama City Beach, Florida. While we there, I met an intern named Sonal at the Wyndham Resort, where our family had beach and pool access each day. Sonal was originally from India and a Hindu. As we began to talk, I noticed that she was reading a book from a popular charismatic televangelist. At that moment, the Holy Spirit impressed me to witness to her. So I began to talk with her about Christianity and explained the major difference between the Christian faith and her Hindu faith. I told her unashamedly that the God I worshipped as a Christian was alive while the gods that she worshipped were either, dead, demonic, or nonexistent.

Sonal expressed a deep interest in Christianity, so we continued to discuss what the Bible teaches. However, she was not ready to commit her life to Jesus Christ right then. She feared her parents, who are faithfully devoted to Hinduism. Nevertheless, I encouraged her to give me her mailing address so I could send her some books and materials that might help her better understand the Christian faith.

When I returned home from Panama City Beach, I immediately wrote Sonal a letter and sent her my book How to Meet & Defeat the Enemy. About three weeks later, Sonal called me on a Wednesday evening to tell me that she had been reading my book. As we talked on the phone, I sensed that she was under tremendous conviction. So I asked her if she was now ready to receive Jesus Christ as Savior and Lord. Without any hesitation, she said “yes,” and I had the privilege of leading her to faith in the Lord Jesus.

Because I was obedient to the Holy Spirit and understood that I was saved to share, this onetime Hindu became a follower of Jesus Christ and will spend eternity in heaven.

26 Then Agrippa said to Paul, “You may speak in your defense.”

So Paul, gesturing with his hand, started his defense: 2 “I am fortunate, King Agrippa, that you are the one hearing my defense today against all these accusations made by the Jewish leaders, 3 for I know you are an expert on all Jewish customs and controversies. Now please listen to me patiently!

4 “As the Jewish leaders are well aware, I was given a thorough Jewish training from my earliest childhood among my own people and in Jerusalem. 5 If they would admit it, they know that I have been a member of the Pharisees, the strictest sect of our religion. 6 Now I am on trial because of my hope in the fulfillment of God’s promise made to our ancestors. 7 In fact, that is why the twelve tribes of Israel zealously worship God night and day, and they share the same hope I have. Yet, Your Majesty, they accuse me for having this hope! 8 Why does it seem incredible to any of you that God can raise the dead?

9 “I used to believe that I ought to do everything I could to oppose the very name of Jesus the Nazarene.[a] 10 Indeed, I did just that in Jerusalem. Authorized by the leading priests, I caused many believers[b]there to be sent to prison. And I cast my vote against them when they were condemned to death. 11 Many times I had them punished in the synagogues to get them to curse Jesus.[c] I was so violently opposed to them that I even chased them down in foreign cities.

12 “One day I was on such a mission to Damascus, armed with the authority and commission of the leading priests. 13 About noon, Your Majesty, as I was on the road, a light from heaven brighter than the sun shone down on me and my companions. 14 We all fell down, and I heard a voice saying to me in Aramaic,[d] ‘Saul, Saul, why are you persecuting me? It is useless for you to fight against my will.[e]’

“And the Lord replied,” ‘I am Jesus, the one you are persecuting. 16 Now get to your feet! For I have appeared to you to appoint you as my servant and witness. Tell people that you have seen me, and tell them what I will show you in the future. 17 And I will rescue you from both your own people and the Gentiles. Yes, I am sending you to the Gentiles18 to open their eyes, so they may turn from darkness to light and from the power of Satan to God. Then they will receive forgiveness for their sins and be given a place among God’s people, who are set apart by faith in me.’ 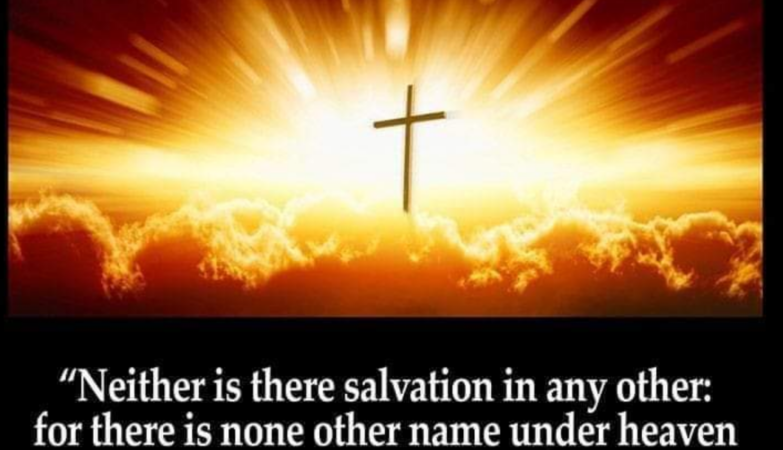 DEVOTIONAL: FOR THE PREACHING OF THE CROSS!

September 18, 2021September 18, 20211 min read
1st Corinthians 1:18 For the preaching of the cross is to them that perish foolishness; but unto us which are saved it is the power
More Devotionals